AWS the host of ARCO alumni and other corporate alumni networks seeks a part time consultant to support our growing business. If you or someone you know is interested in working 15 hours a week supporting existing and potential clients please contact us.

This person will manage client meetings and ensure projects are completed on time.  The position will include site demos, showcasing the services, and editing newsletters and profiles.  The ideal candidate will have strong verbal and written communication skills. 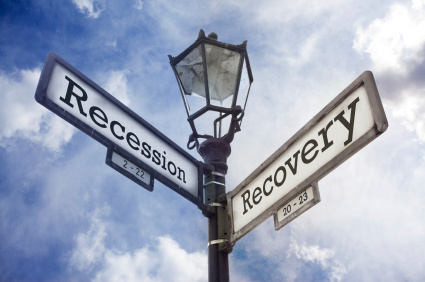 While many industries remain subdued, and fears of a double dip recession hang over us, talent managers in the oil and gas industry are scouring the market for technical talent, with many recruiters finding that experienced technical professionals can ‘write their own tickets’ as the market regains strength. In fact, experienced professionals in the oil and gas industry tell us they have weathered the economic downturn better than most.

“Companies are contacting us again with great interest in finding their former employees. There is renewed priority on preparing for the upcoming skills gap. In addition, companies downsized, but are now finding new opportunities and some of the people who were let go will be well positioned to fill these new opportunities,” shares Cathy Clonts, President of AWS, which hosts a number of corporate alumni networks. 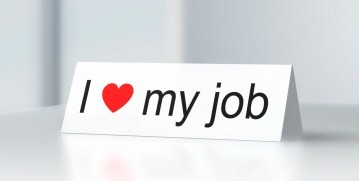 In a recent Alumni Web Services’ (AWS) survey of its online networking and alumni community members in the oil and gas industry, members were asked how their job satisfaction compared to the 2007 SPE survey where 73% of respondents were satisfied. AWS members’ responses remained consistent to the SPE survey; 43% percent report they are equally satisfied and a whopping 31% report a higher level of job satisfaction than before the economic downturn. This is good news compared with a recent Conference Board survey of job satisfaction levels in the U.S. According to the nationwide survey, only 45% of Americans were satisfied with their work—the lowest level recorded in 22 years of the survey. 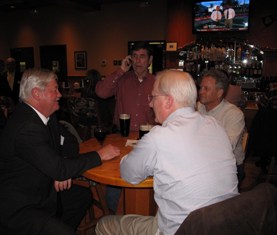 Our Houston happy hour attracted a record crowd at Indigo Joe's. This lovely restaurant could not have been any more crowded during Super Bowl XLIV than it was February 4.  ARCO and Vastar alumni and spouses filled every spare space in the restaurant.  With the BP and ConocoPhillips offices just around the corner, there were a number of both companies represented, with BP still in the majority.  More and more of our members are working with the smaller independents and reviews were mixed about prospects in 2010, with many still struggling.

While companies may not yet have rebounded, individuals at the event kindly answered three survey questions showing that job satisfaction remains high even in this challenging environment.  While some members are looking for work or finding their current positions less challenging than they would prefer, the majority of members indicate their job satisfaction is the same or higher than before the economic downturn.

Reasons for increased satisfaction include; an increase in responsibilities or a promotion, undertaking a new assignment that gives more enjoyment, and simply remaining employed throughout the economic downturn and being appreciative of having a job!  Full survey results will be shared in a news item in March.

The complimentary drinks were enjoyed by all and a heartfelt thanks to our primary sponsor Advancial and to our cosponsors Noble Energy Inc. and St. Mary Land and Exploration.

Here are some of the pictures from our 2010 Houston event held at Indigo Joe's.  More pictures here in the photo gallery! 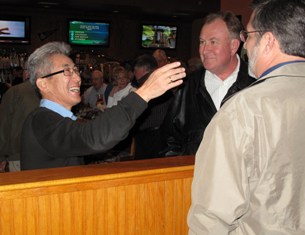 All smiles from our ARCO Alumni. 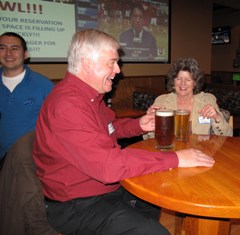 Enjoying a well beer with the game on the big screen. 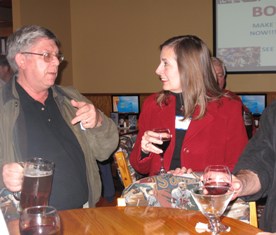 Catching up over a glass of wine. 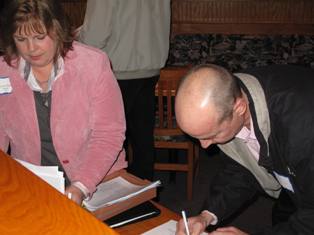 Signing in at the start of the evening.

ampm Too Much Good Stuff

Not long ago, ampm was a regional phenomenon. It all began back in 1978, when ARCO stations in southern California began tempting on-the-go consumers with food as well as fuel.

Nowadays, consumers around the country can fill their tanks and satisfy their appetites at ampm stores in places such as Chicago, Atlanta and Cincinnati. The ampm tagline, Too Much Good Stuff, describes the store’s unique vision: a “snack food theme park” where customers can indulge their taste buds.

Too Much Good Stuff goes east
The brand’s trek across the United States started in 2007, when BP decided to retool its convenience stores east of the Rockies. As part of that transformation, about 250 BP Connect and Wild Bean locations were converted to ampm locations.

That November, BP — which acquired ARCO in 2000 — announced that it would be selling more than 700 company-owned sites to franchisees as well as dealers and jobbers.

ARCO-branded ampm stores are found in the following states:

Consumers can also find ampm overseas. There are more than 1,800 ampm stores in Brazil and Japan.

Tasty offerings, edgy experience make ampm different
One way ampm stands apart from other convenience stores is its strong proprietary program. The store satisfies cravings with its private-label beverages, snacks and all day, every day choice of prepared foods. Besides warm fare such as hot dogs and hamburgers, ampm recently launched a hot breakfast menu with burritos, croissant sandwiches and empanadas.

ampm in the headlines
Since starting the conversion to a franchise-based model, ampm has moved up the ranks of several franchise lists.

Franchise Times magazine, for example, ranked ampm at No. 29 on its list of the top 200 franchise systems for 2008 and 2009. Entrepreneur magazine listed ampm as No. 35 on its annual “Franchise 500” compilation for two years in a row.

Industry publications have also noted ampm’s success in whetting appetites across the country. Convenience Store Decisions magazine recapped the changes in an April 1, 2009, article titled “Focused on the Franchise.”

More good stuff on the way
As for what lies ahead, BP will continue to sell off its company-owned ampm locations through the end of 2009. Thirty years after its inception, ampm is now a national franchise stretching from coast to coast with a bright and exciting future!