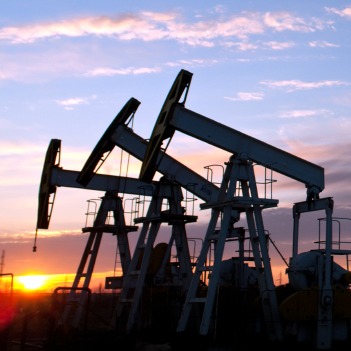 It was on January 10 1901 that the first oil gusher in the United States erupted at Spindletop, just outside Beaumont, Texas. It was considered the beginning of the oil age or petroleum age.

In 1901, all of America's oil came from the East, mostly from Pennsylvania, and the experts were sure that Pennsylvania was the future of the nation's oil. The president of Standard Oil, John Archbold, was amused when someone told him in 1885 that they had discovered oil in Oklahoma — he said, "I'll drink every gallon of oil produced west of the Mississippi!" Ten years later, Texas had started producing respectable amounts of oil, and some oil tycoons sent in people to drill. But the results were small compared to Pennsylvania, and they quickly gave up and left. At this point, Standard Oil controlled more than 80 percent of the oil in the country.

Not everyone was surprised that there was oil in Spindletop, which most people from Beaumont called the Big Hill. Native Americans had been using it medicinally for centuries. Spanish explorers used it to waterproof their boots. And one man who lived near Spindletop was convinced that there was enough oil there to shift the focus from Pennsylvania to Texas, and even to replace coal as the primary energy source. His name was Patillo Higgins, and most people thought he was crazy. He was a determined, wiry man who had lost one arm in a gunfight. He finally convinced some local entrepreneurs to invest by promising them millions, but when he tried to drill, he came up totally dry. After that, townspeople sarcastically called him "the millionaire" and stopped taking him seriously. So Higgins ran an ad in a trade journal in New York City, promising the same thing. He only got one response, but that was all he needed. The Croatian-born oil explorer Anthony Lucas signed on, and they started drilling in late 1900. Finally, on this day in 1901, they hit a depth of about 1,200 feet, and natural gas started shooting out of the ground, followed by crude oil.

The oil gusher reached a height of 200 feet straight up in the air, and produced about 4.2 million gallons of oil every day for nine days. Over the course of those nine days, about 50,000 people observed the gusher. Within the year, the town of Beaumont went from 8,000 people to 60,000. That first Spindletop well produced as much oil as 37,000 Eastern wells combined, and by the end of 1910 there were more than 100 wells on Spindletop. Before 1901, oil and petroleum had been mostly for lamps — suddenly, it was the cheapest fuel, just three cents a barrel.

In all the political maneuvering that happened, Patillo Higgins got squeezed out by more powerful players, and Anthony Lucas usually gets most of the credit for discovering the Texas oil wells. Higgins ended up moving away, but until he was 90 years old he would regularly head out into the middle of nowhere with a pick and shovel and try to find more oil.

Bryan Burrough wrote a book called The Big Rich: The Rise and Fall of the Greatest Texas Oil Fortunes (2009), and he wrote about the big oil families: "In time their salad days dissolved into a sordid litany of debauchery, family feuds, scandals, and murder, until collapsing in a tangle of rancorous bankruptcies. Some survived, others didn't. A few count their millions today. As the movies say about almost every story set in Texas, theirs is a big, sprawling American epic, marked by exhilarating highs and crashing lows, and it all began, sort of, with a queer character named Patillo Higgins and that odd hump of dirt they called the Big Hill. History would know it as Spindletop." 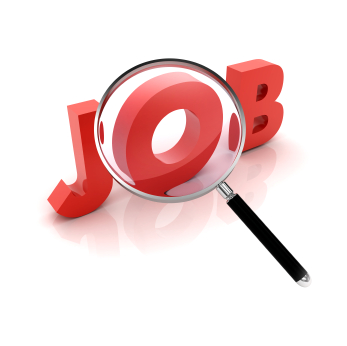 Noah Consulting seeks a subject matter expert to work in its Houston office.  The successful candidate must have industry-specific experience and the ability to relate the technical and business aspects of data. The SME will bridge the chasm between the business and the information management professionals by comfortably and effectively communicating with all levels of the business and technical communities. Candidates will possess a unique combination of leadership, communication skills, technical knowledge, and industry expertise. The SME role requires strong interpersonal, analytical, problem-solving, conceptual, and verbal and written communications skills in addition to high-level teamwork.

The ideal candidate will possess experience in a specific energy sector and a deep understanding of the business. Also critical is a thorough knowledge of all types of technical data, including structured data, unstructured data, physical data, and physical records. Applicants should understand various types of data models, taxonomies, and hierarchies. This is a client-facing role. The ability to work with appropriate clients to create a business case for IM and drive value for the client is expected.

• Be a key liaison for the project team between the business and IM/IT
• Be a primary author for some subsets of the deliverables
• Develop strategic information management plans
• Work with the project team to ensure the project brings value to the business
• Provide content and relevancy to any and all aspects of IM projects
• Act as a mentor and source of information related to business terms, technical terms, and data relationships for the whole team
• Act as a sounding board and trusted ally to the project lead • Review any and all documents for content and tone

• Demonstrate leadership of multidiscipline, high-performance work teams/groups and the ability to understand, and clearly relate to other members of the organization, client company, and team members
• Lead dynamically and energize multidiscipline work teams to learn and apply new skills/techniques to respond to business needs
• Strong verbal and written communications skills
• Strong teamwork and interpersonal skills; ability to communicate and thrive in a cross-functional environment
• Maintain close working relationships with top management of related business units, corporate executives, and personnel on specific projects
• Regular contact with professional associations to keep informed of existing and evolving industry standards and technologies is encouraged

Members in the news:Tammy Carter shares her story 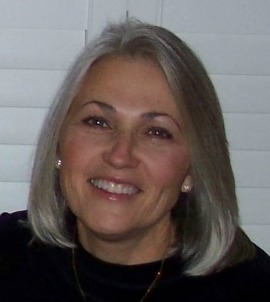 ARCO alumni profiles include Mark Armentrout who was recently quoted in the Houston and San Antonio, Texas newspapers about deregulation, Tammy Carter who is working full time for Noah Consulting and lives in Colorado Springs (pictured left) and Greg Ernster, who has joined a Denver consulting group. Â

Log on to read about fellow ARCO alumni. Read about Noah Consulting who are hiring a Subject Matter Expert.

The Best of Both Worlds

ARCO alumna Brenna Patterson has admirably balanced the best of both worlds throughout her careers in the oil industry and as a mother. After earning her Bachelor’s and Master’s degrees at Stanford, she went straight to work in Prudhoe Bay Engineering. “Those were some of the best years and fondest memories of my career,” she says. “[This was] shortly after the price of oil had dropped in the $10 range. Jobs were scarce, and it was a great opportunity.” Brenna worked in the Flow Station 2 group, first as a DrillSite11 and then as a DrillSite 4 engineer.

After a couple of years, she transferred into the FullField Engineering Group and became responsible for oversight of the BP side of the field, issues of global operating strategies and reservoir management. “Those times were definitely my favorite, as the work and the people were characterized by hard work and results and less by ‘beaurocracy’ and ‘appearances,’” she says.

Following her years with Prudhoe, Brenna’s work experiences included the Cook Inlet Trading Bay Unit, Beluga and eventually Kuparuk, where she worked in CPF-1, fracturing, IWAG management and more reservoir engineering. At that point, Brenna had been with ARCO for 10 years when she married fellow ARCO alumnus John Groth, and she decided to stay home to raise their family. John’s career relocated them from Alaska to Oklahoma to Texas; when he retired in 2004, Brenna wanted to return to work. In an unexpected turn, John became ill and sadly passed away two years later.

Brenna remained strong and says she was fortunate to find an accommodating job at ConocoPhillips in 2007. Her position in the Heavy Oil Technology Group in Houston allowed her to work flexible hours while raising her two sons, Michael and Justin, now 17 and 14. Brenna’s main project was developing strategies to optimize the Steam Assisted Gravity Drainage process. “I enjoyed my first opportunity to run thermal reservoir simulations,” she says. “There were great people at ConocoPhillips as well, many I’d known from my days with ARCO.”

Although Brenna has an impressive resumé, her family continues to be her greatest pride. “To this day, the children are the biggest joy and accomplishment I can ever hope to have,” she says. In late 2009, Brenna moved to Midland, Texas, and married ARCO alumnus Bill Patterson. Bill’s General Manager position with ConocoPhillips prevented Brenna from continuing to work for the company, so she resigned. But her job as a mother is still going strong! “The boys are growing up and still drive much of our free time,” she says. “We attend their basketball and football games, and we play golf a couple of times a week. I’m also involved in a Bible study.” Pictured at left: Brenna and Bill at their wedding. From L to R, ARCO Alumni not in parentheses: David Hearn, Kathleen Young, Don Scheve, Mike Morris, (Jamilla Scheve), Ken Powers, Terry Powers, Joe Schmidt, (Pat Schmidt), Brenna, Bill, (Tim Redford), (Kirk Czirr), (Dan Wolf), (Sherrie Czirr), (Bob Dartez), (Ashley Dartez) and Curtis Blount.

As her boys get older, Brenna has considered the idea of returning to work. “Ideally I could find work that would apply my analytical skills, either in reservoir, production or operations engineering,” she says. From her previous professional experience, Brenna says she gained appreciation for both the immediate satisfaction of improving an oil well's performance and the long-term projects that improved reservoir recovery.

And ARCO continues to have a positive impact in Brenna’s life. “[Bill and I] still love to sit around and talk about ARCO and the people we knew and know,” she says. “We still have many ARCO friends that come through town and visit.”

SM Energy is developing a portfolio of resource plays with a focus on growth in oil and rich gas.

View their information below: 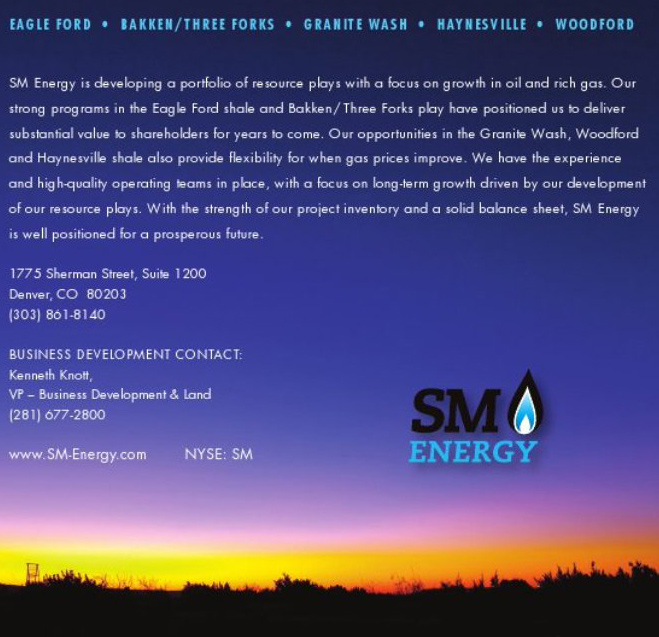