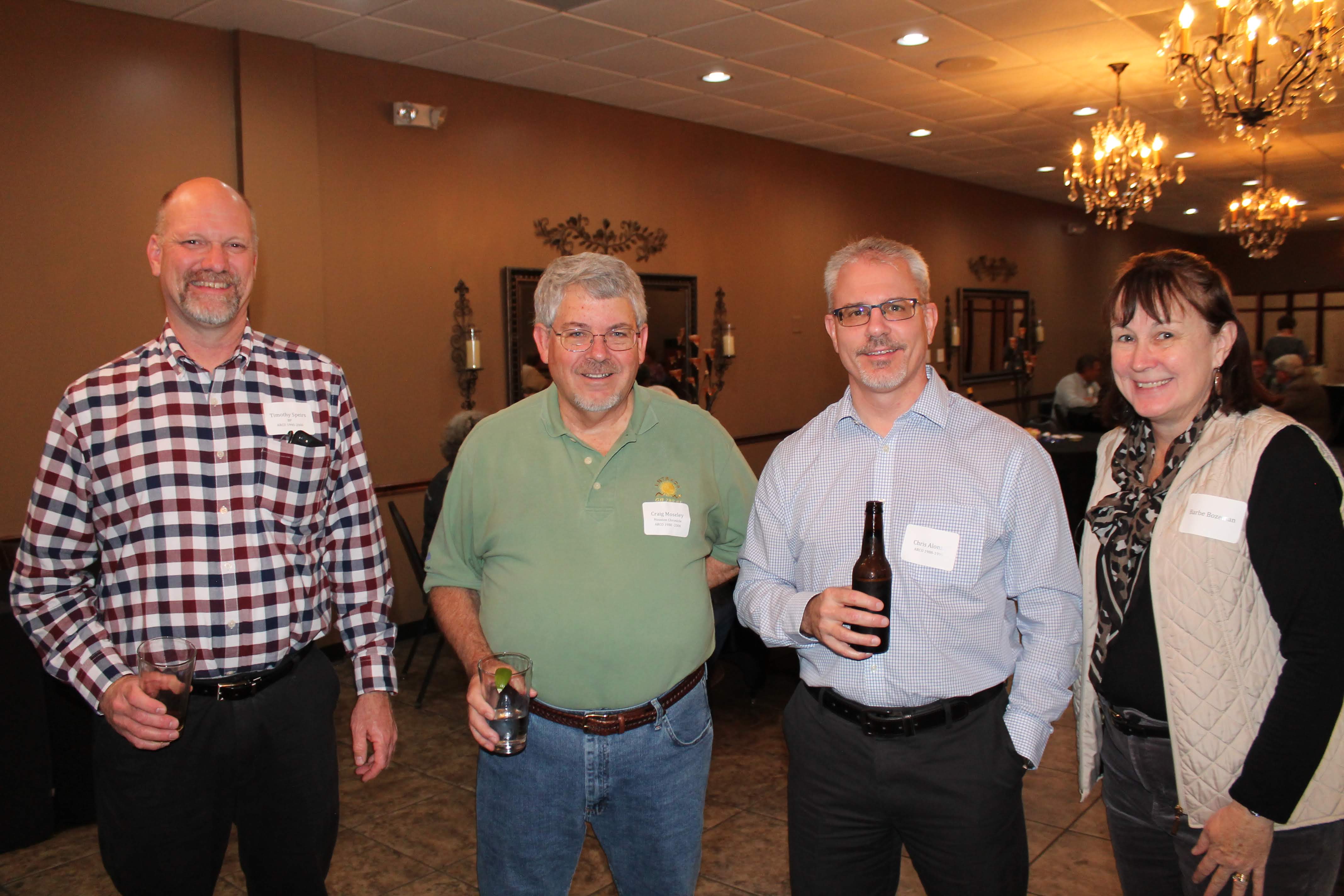 Update: Little did ARCO Alums in Houston know when they braved a torrential rainstorm November 7, how special this gathering at Fratelli’s was. As we enjoy the summer, we recognize how 2020 is not a year for get togethers. We had fun asking when each attendee joined Advancial Federal Credit Union. Bob Langley joined in 1973, but Lawrence McNiel who joined in 1965 took the prize! Bob Casady and Sandra McNiel won the raffle prizes generously provided by Advancial.

In anticipation of the happy hour, we reached out to members who listed Houston as their residence. Following are some updates from the happy hour and from the emails we were sent. If you have an update, send us an email at info@awsint.com

Susan Alonso shared that “As fate would have it, my son returned the favor of me getting him an internship at W&T offshore by getting me a job with the company he is working for! I have been consulting for Cantium LLC for the last year.

In other news in the industry, Chris Alonzo is Subsurface Manager with Surge Energy, Vincent Caldarera is working deepwater facilities for Equinor (formerly Statoil) in Houston, Jim Ciarrocchi is consulting, John Gillespie works for Sierra Hamilton as a consultant to Chevron, Jim Sikes and Johnny Rau are both at Hilcorp and Deborah Richardson is a landman at ConocoPhillips working the Eagle Ford Shale. Jeremy Greene shared that “We are still growing our private E&P. We now have 22 employees and operations in Oklahoma and North Dakota.”

Mark Casady is living in Houston and seeking new opportunities.

Greg Hanson is currently working and living in Israel.

BP employees who shared an update include Gavin Mason who continues to enjoy working for BP in Houston. “Life is good,” he reports.

David Neill said that “After spending most of my career working in operations, I am now with BP’s global projects organization working as the lead Instrument Controls & Automation engineer for a large offshore compressor project in Trinidad and Tobago.”

Tim Speirs lives in Nebraska and works for BP in Houston. He is an Operation Specialist and finds the 21/7 lifestyle is working well.

Bette Smart retired from BP. “I started at Arco in January 1980, transferred to Vastar in 1994 and went to work for PriceWaterhouse/IBM when BP bought out ARCO in 2001. I was hired by BP in 2005. Arco hired some of the best folks. I continued to work with a few former Arco/Vastar folks at BP until I retired. What a blessing,“ said Bette.

I continued to work with a few former ARCO/Vasar folks at BP until I retired. What a blessing - Bette Smart

E. Larry Cantu retired (again) after 10 years at Anadarko. “I try to spend as much time as possible with my 10-year old twins while they are still under the impression that I am God and are still happy to spend time with me. In a few years they will realize that I am not God and conclude that I am probably the ambassador from Planet Dork. After that, they won’t want to be seen in public with me anymore,” shared Larry.

Rusty Riese retired from Rice University in 2015 and is lecturing for AAPG.

Gilberto Royo shared that they sold their interest in the No Label Brewery last year.

Barry Shelden retired from Noble Energy in 2017 and is living with his wife at Table Rock Lake in Southwest Missouri. They often visit their daughters who are living in LA, Minneapolis and Dallas.

Steve Uchytil retired in September after nearly 40 years in the Petroleum Industry, with his last 17 years working with Hess Corporation for nearly 17 years.

Jim Hewlett was visiting Mark Gresko and so both were unable to make the happy hour.