Where are they now: member updates Featured

There has been considerable activity on the ARCO Alumni site in the past few weeks. In addition to more than 65 members and spouses attending the Dallas happy hour, we are pleased to welcome a number of new members including Dustin Fife, Tony Slovak, Anand Marphatia, Connie Perdue, Debra Serrano and Mary Jo Kimball. Log on and click Members>List Members to scroll through the most recent updates.

Pictured are Charlene and in the back Randy Brush, President, William Cobb and Associates; and in front Tom with Hunt Consolidated and Nancy Schmitt who is consulting, and Steve and Betty Suellentrop. Steve is Chairman of Hunt Oil.

Other updates include Terry Palisch who is at Carbo Ceramics. He frequently visitst Stanford University to watch his son Jacob play baseball for the University team. Terry recently caught up with Joe Sinner at another Stanford Baseball Game. 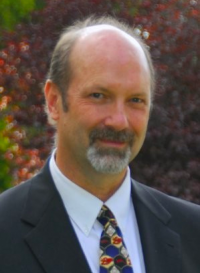 Dustin Fife is working for WestSide Corporation and living with his wife and 6 of seven children in Brisbane, Australia.

Tony Slovak retired from 43 years in the IT industry, 20 of them with ARCO. He shares that he had a great career run - "the fondest of my memories stem from the time I spent at ARCO first in Dallas and then in Indonesia, Houston and the Netherlands. I always look forward to meeting ex colleagues and sharing memories."

Connie and husband Brad Perdue met at ARCO. Brad worked  in S&P and that's where he and Connie met.  "Brad and I moved to Austin from Dallas in 1985.  I retired in 2018 after working at a local CPA firm for 18 years as a Tax Manager.  We love to travel and are involved in many activities in Austin," said Connie. Debra is at Atmos Energy in the finance department where she has a temp postition. Mary Jo is retired and living in Plano.

David and Larissa Williamson were both at ARCO and are living in the DFW metroplex. David is with 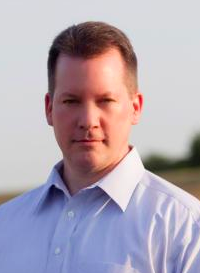 Stan Caldwell is consulting in Dallas. Benjamin Johnson runs his company Summit Resource Management out of Dallas. He and John Martinek were both at ARCO and formed Summit in 1993. Benjamin was working in Alaska and missed the Dallas happy hour. Another Dallas area consultant is Ron Nolan.

Working for XTO are Robert Layfield, who transitioned to a new position with XTO in Williston, North Dakota, and Robert Manthei.  Robert joined XTO in Fort Worth in 2007. He plans to retire from XTO/ExxonMobil in April of 2022 with 15 years.

Phil and Dianne Lowry are living in Naples, Florida. Phil said he remembers when they moved back to Dallas after Jakarta and thought they would be in Dallas for 4-5 years. "Well 20 years later we finally made the move," said Phil. "We really enjoy all that Naples has to offer and have several friends who live there. Our plans are to spend the summers at our house in Massachusetts and then escape south before it gets ugly."
Kevin Brosi also retired and moved from Dallas to Florida.

Paula Harris retired from ConocoPhillips in 2016 and is living in Phoenix, Arizona.