Where are they now: John Dabbar in DC 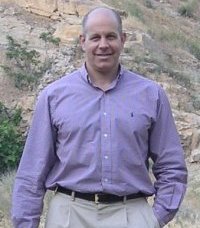 When ConocoPhillips exited the deepwater business in the summer of 2015, John Dabbar pivoted to a new vector in his career and assumed the function of US government affairs in Washington DC where he is an advocate for safe, clean, reliable, and affordable American energy - filling a position previously held by retiring ARCO Alum Jim Ford. “My job consists of meeting with government officials – appointed, elected, and career – at the federal, state, and local level”, said John. “It is unlike any other job I’ve ever had, because it requires lots of emotional intelligence and a balance of left-brain and right-brain thinking.”

My job consists of meeting with government officials. It is unlike any other job I've ever had.

John’s career began in 1992 when he joined ARCO. John worked with Captain Jerry Aspland, Jim Morgan, John Sullivan, Nolan Miura, Kim Estes, and Bob Hernandez who handled all the vessel scheduling. “My first big effort there was working on the escort tugs for the Cherry Point refinery” said John. “These tugs are still in service today. After two years in Marine, Captain Aspland arranged for me to transfer to ARCO Pipeline Company, where I managed the Operations Control Center on Cherry Avenue. I learned a whole new language working with the pipeliners and a new part of the oil and gas business and I worked for Randy Lair.” ARCO Pipeline had four major operating units: ARCO Pipeline which ran the common carriers, ARCO Western which delivered ANS from the tankers to the refinery, ARCO Terminal Services for third party business, and Four Corners Pipeline which brought crude from Cherry Ave to the Farmington area.

John recalls that it was in the coffee room at Cherry Avenue where his ARCO career took a major turn. Steve Beck, then the Controller for ARCO Transportation, told John he was working on a deal with Lukoil. “I, naively, said that sounds like an interesting project,” recalls John. In December 1996, John was offered a position in the LukARCO business unit, assigned to the Caspian Pipeline Consortium in Moscow. He worked with a number from the ARCO family including Scott Kerr, Cheryl Wiewiorowski, Bob Thweatt, Neil Fortune, Gary Boubel and Helene Harding.

It was in the coffee room where my career took a major turn. I naively said 'that sounds like an interesting project'.

“I spent the next seven years in Moscow, working on the pipeline until it was up and running; by then BP had acquired the part of ARCO that I was working in and I continued in the same job with BP,” said John. He subsequently moved to ConocoPhillips where he continues to work closely with several ARCO alumni. After successfully exiting the Kashagan project, John moved back to his roots and managed the Marine group, including Polar Tankers, the successor to ARCO Marine where he started some 20 years earlier - where many ARCO Alumni had moved up the ranks and were now in leadership positions. Four good years: Successful safety and environmental performance by the Polar team, several safe but dry deepwater wells, lots of LNG shipping, and a step change improvement in offshore vessel management.

John invites any ARCO Alumni visiting our nation’s capital please give him a shout as he would enjoy meeting up.

Read 1983 times
Tweet
More in this category: « John Bridges: ARCO Was Top of Class Anyone for a Drink? Members share their stories from the earthquake »