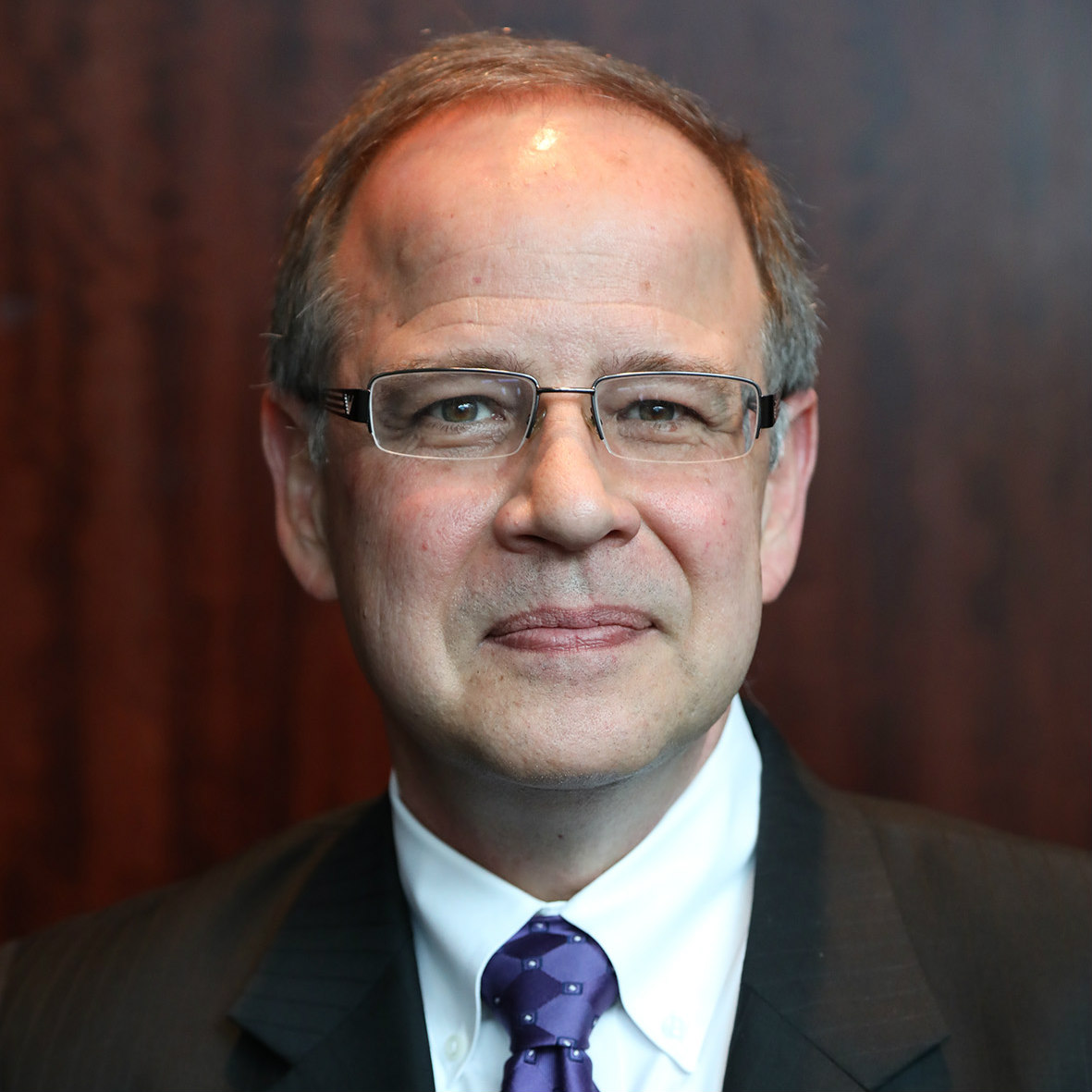 ARCO Alumnus John Bridges is the Executive Director of the Association of International Petroleum Negotiators (AIPN), a global non-profit membership association serving international oil and gas professionals. His extensive career in the oil and gas industry has encompassed leadership roles in exploration, production and operations in multiple US locations from Texas to Alaska, and international roles including explorations, negotiations and business development in SE Asia, Africa, and Europe.

John joined ARCO in 1981. He credits his time with ARCO as the building blocks that started a wonderful career in the oil and gas industry. Early on he knew he wanted his career to lead into international work, so he took the advice from a couple of ARCO colleagues and started his career in the lower 48 working in the Anaconda mining division in Denver, then the oil and gas divisions in Bakersfield and Midland. John then transitioned to Alaska, working Prudhoe Bay, Alpine and exploration in the National Petroleum Reserve and North Slope Foothills area. “Working Alaska is a great stepping stone into international because it is one of two domestic areas that operates more like international" said John. He credits the ARCO leadership of those he worked with during his early days in mining and then in oil and gas in Bakersfield and Anchorage as integral to his career. “Everyone I met and worked with at ARCO was top of class. I enjoy and value today the friendships I made during my ARCO career.”

Working Alaska was a great stepping stone into international.

In 2001, John joined Anadarko and most recently served as Manager of International Negotiations – North Africa and Europe in the UK for Anadarko Petroleum Corporation. During his time at Anadarko, he had the opportunity to work and contribute directly on three major efforts including Alaska, Algeria and Mozambique while also conducting Business Development efforts in SE Asia.

The skills John learned throughout his experience as a negotiator starting with ARCO remain a driving force behind his leadership of AIPN. “A good negotiator must embody integrity by respecting all people, cultures, and differing opinions as well as understanding that there may be more than one right answer or more than one right way to achieve a task.”

Taking advantage of AIPN benefits as a member for years, he now enjoys the opportunity to give back. “Over the years my AIPN membership was a vital part of my career growth, with its exclusive networking opportunities, high-quality education and training, and time-saving model contracts. It is very rewarding to now be in a position where I can give back.” John leads a staff of seven and works hand in hand with the AIPN Board of Directors to oversee all facets of the association, which serves more than 3,000 international oil and gas negotiators in some 115 countries.

Founded in 1981, AIPN enhances the professionalism of cross-border energy negotiators throughout the world by offering continuing education and training, networking opportunities, and international oil and gas model contracts. Its membership is just as varied as the role of a petroleum negotiator, comprised of business professionals, lawyers, academics, engineers, geologists, and financial analysts, among many others.

John earned his MBA with a concentration in Finance from California State University - Bakersfield and his BBA in Petroleum Land Management from the University of Texas - Austin. John has a passion to help others and has served in various positions with the Boy Scouts of America, as a Board member for the Alaska Performing Arts Center and also as a Board Member for the Alaska Junior Theater. John is currently active with UNICEF and works on its Houston Congressional Action Team Committee. In his leisure time, John enjoys scuba diving and photography.

Read 1721 times
Tweet
More in this category: « ARCO and Vastar Alumni: Texas Event Wrap-up Where are they now: John Dabbar in DC »