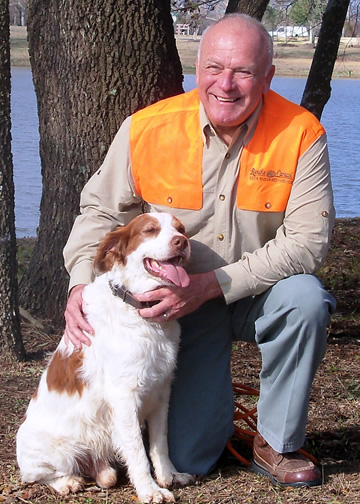 Harold Inman passed away Tuesday, January 2, in Richmond, TX after a brief battle with pancreatic cancer. Harold was a native of Wilmington, NC and a graduate of New Hanover High School ('66) and Wake Forest University ('70) with a degree in Spanish. He enlisted in the U.S. Army and was sent to the Defense Language Institute in Monterey, CA where he learned Farsi. He later mastered Portuguese, French and Malay. While stationed at Ft. Hood, he met his future wife Mollie (née Melone), who was a student at the University of Texas. He attended Southern Methodist University in Dallas and earned an MBA. ARCO petroleum company and later Enron recognized his language expertise and sent Harold all over the world working for them. After nearly 30 years in the oil industry, Harold retired to his ranch in West Texas.

Unable to stay retired for long, Harold returned to college and earned his Masters degree in Education from Texas Tech University. He taught at Rotan High School until his lifelong love of hunting got the better of him and he decided to turn it into a full-time profession. He and Mollie moved to South Texas and he managed customer relations at an Orvis-endorsed Five Star hunting resort in northern Mexico. He eventually settled in Richmond, TX, where he was an adamant giver of his time and resources to the Houston Safari Club, Patrick Williamson Foundation and Sky High for St. Jude.

Harold is survived by his wife of 44 years, his sons Ross and Charlie, their respective wives Hope and Fiona, his grandchildren Cash (7), Lucy (6), Austin (5) and Caroline (2), and his brothers Philip and Robert. A service will be held on Monday, January 8, at 11am at Wrightsboro Baptist Church in Wilmington, NC. He will be buried at his family's ancestral land in Ash, NC. In lieu of flowers, please donate to the American Cancer Society.