Thank you to everyone who attended our reunion at the Paramount Cafe October 24. Log on to view the event pictures. Members shared the following:

Our sponsors
A special thank you to ACS, Advancial, Edge Energy, Liberty Resources and Noble Energy for making the event possible. It was great to see more than 50 former colleagues, spouses and even a son attend.

We missed Mark Pearson and his infectious laughter as he was in the UK celebrating his mother’s birthday. Liberty Resources was well represented by Stacy Strickland, Larry Griffin and Gordon Pospisil.

Steve Enger, Edge Energy, also sponsored the Denver event. He brought along his wife Cynthia and Mike and Cindy Reinart who were in town from Missouri. The two couples flew to Europe the next day to cruise the Rhine. The Reinart’s had flown in from Seattle where they visited their daughter and grand-children. 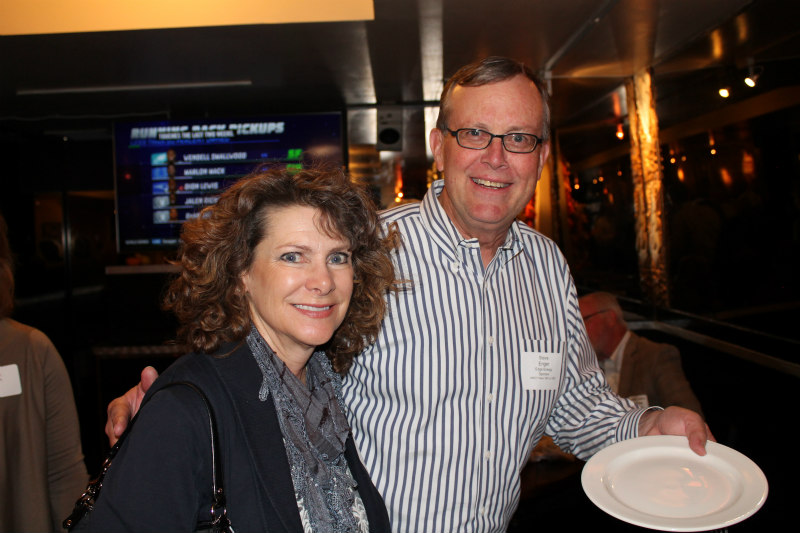 Career and/or city changes
Sam French moved to Denver with BP L48 in early August, where the company established its new headquarters. “Funny thing,” said Sam, “my first permanent assignment with Arco was in Denver in 1984. I've come full circle.” Sam is in the West Business Unit, focused on Mancos Shale Gas development in the San Juan Basin. He is also BP's subject matter expert on refracturing horizontal shale wells, helping all business units implement refracs in their assets.

Jay Stratton is in Denver working for Jagged Peak Energy since mid August. Michelle and four of their daughters are in Oklahoma which “after seven years feels like home to the girls.” With grandchildren in Kansas City and Grapevine, Jay was all smiles when he said that he will be competing for Michelle’s attention.

Tom LaHouse relocated from Houston to Denver. He closed on a house in the Denver area in early October, fulfilling a long standing desire to live near the Rockies. He therefore had the opportunity to meet fellow alumni on the 24th.

Dan DeLapp and his wife Shirley are still driving the backroads of America and loving it, but two grandsons in Colorado have them traveling less. They moved to Fort Collins in July 2015 and love being grandparents.

Joanne Cech also drove from Fort Collins where she is working for the City and enjoying how well run it is.

Consulting
Pat and Sylvie McGuire are back in the U.S. living in Colorado Springs. Pat is an SPE Distinguished lecturer, he is working at International Reservoirs Technology Inc and is available for consulting.

Carrie Laudon, with Geophysical Insights is also available for consulting in her field of expertise, the geosciences.

Larry Chorn was in Academia at Colorado School of Mines, at Encana and is now with a smaller company.

Long-term residents
Robert Schutzius is still at Anadarko where he is the Reserves Manager for the Wattenberg Field; Alan Wilson is at Encana, and William O’Brien is with Nitec LLC, where he works on enhanced oil recovery. Tom Tracey continues to work for BTA Oil Producers in Denver, focused on the Williston, Powder River, and Delaware Basins. Scott Wilson has been with Ryder Scott in Denver since 2000. 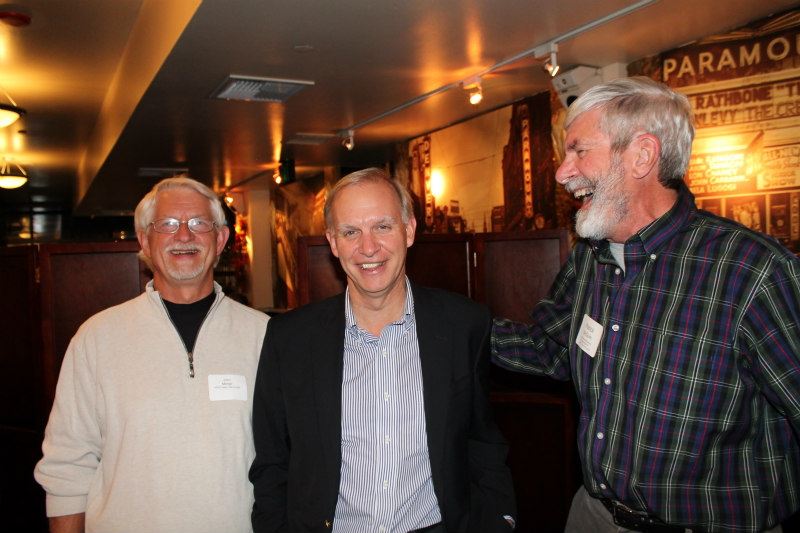 Herb Vogel and Watty Strickland are two ARCO alumni working at SM Energy with Jay Ottoson; Herb attended the happy hour; Watty was on business in the Permian Basin.

Since 2014, Neyeska Mut has been President of Cynosure Energy, a joint venture between her holding company, Cynosure Enterprises, and a private equity investment group. Cynosure acts as the operator for various investment funds working interests in Kansas, Nebraska and Colorado. Her son has recently left Chevron to join Cynosure as project manager, freeing Steve and Nyeska to spend more time together as they transition to retirement.

Until that time, Steve Mut is consulting with Nycon Energy on Unconventional Oil Integrated Projects and Strategy.

In other News
John and Cindy Minier were returning from a visit with John’s son, daughter-in-law and 10 month old daughter in Moab where they met for hiking and visiting. After the happy hour, they returned to their home in Estes Park.

Terri Skinner retired from Marathon and came along to catch up with friends; Dallas and Phyllis Spear, both formerly with ARCO, are also retired.

Melanie Westergaard retired from Denali Energy and has spent her time traveling, volunteering and serving on the Board of Directors at CSM Alumni Foundation.

We were sorry to miss Ben Ball and Chris Garlasco, both of whom continue consulting for PRA.

We re-connected with some members including Ben and Alice Chao who live in Denver and will be married 50 years in 2018. Congratulations.

Kim Touysinhthiphonexay is a new member who shares that she has been out of the oil and gas business for about 15 years and now works as principal analyst and data scientist for Acxiom Corporation, mostly in the area of digital marketing data analytics. She is an artist, painting watercolors and also large-scale murals and props.

Paul Shattuck is retired and living in Montana City, Montana with his wife Colleen. They live in Wimberley, Texas during the winter.

Steve Keisling last worked for ARCO in 1993. During that tenure, he worked in Lafayette and Bakersfield. Since then he has moved out of the oil and gas industry.

Kenneth Bland did not attend the event as he had knee surgery. We hope it went well!