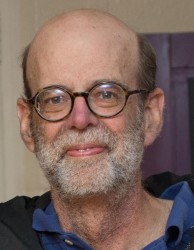 James Howard passed away September 11, 2017 in Dallas Texas. James began his career with ARCO Oil and Gas in 1978. He later worked in accounting and finance in the telecommunications industry for MCI/WorldCom/Verizon. He retired in 2014.

Steve Phillips shares that “James was one of the kindest and nicest people I ever met.  We worked together a great deal during our ARCO careers.  He was always a hard worker and got along with everyone.  I honestly do not even remember him getting angry with anyone.  I was so happy when he and Marcia got together.  James and I were in each other’s weddings within weeks of each other.  James was a special guy, and this world is a lesser place without him,” said Steve.

Art Hughes recalls how James used to own a Pontiac Fiero sports car and Art, Steve and James loved the jalapeno chicken fried steak sandwiches from what Art recalls was “a sweaty, hole-in-the wall restaurant in eastern downtown Dallas, long since converted to some Yuppie gourmet place”.