PRA: The Who’s Who of ARCO Alaska

The list of consultants who are working or have worked for Petrotechnical Resources Alaska (PRA) reads like the ARCO Alaska directory. It might be easier to ask who has not at one time worked with Tom Walsh and Chris Livesey at PRA. 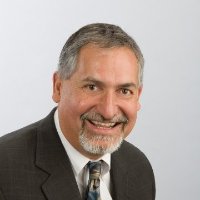 Founded in 1997 by a group of five independent consultants, the company has over 115 affiliated geologists, geophysicists and petroleum engineers. The origin of PRA are people that left ARCO (and later BP and COP) and did not want to leave the state. Most of the individuals working through PRA have a bulk of their experience in Alaska, working in every basin in Alaska on both exploration and development projects.

“Our list of people is attractive to our clients,” says Tom. “At a trade show or on our website, people will look and say 'I know ten of those people and I respect them all.' We don’t typically recruit people. Word of mouth has been our most successful form of advertising,” finds Tom.

The origin of PRA are people that left ARCO (and later BP and COP) and did not want to leave the state.

Tom and his wife Chantal founded the company with Chet Paris, Bob Ravn and Doug Dickey. Their first contract was with Cathy Forrester at ARCO. A BP contract followed, and the company started growing from there. Initially, the company grew slowly and the other partners left. Chris joined when Chantal went back to work for ARCO as a full time employee about 1999.

They have created a business with very low overhead where PRA acts as the agency and the consultant keeps 82% of the invoice. “We operate PRA with two full-time administrative employees. PRA writes the one-page work order, paying the payroll and other taxes. Almost all of our employees are paid on the basis of receipts, ie the invoices we process on their behalf. I always say 99% of contracts are brought in by the individual working on the contract. Word of mouth and relationships remain the keys to our success,” says Tom.

Our list of people is attractive to our clients. At a trade show or on our website, people will look and say 'I know ten of those people and I respect them all.'

Tom and Chris were themselves never ARCO employees. Tom started with SOHIO in 1980. He came to Anchorage in 1984 and was on contract with BP until 1994. Kevin Frank is a geologist who was let go after COP took over. “I knew Kevin had a great reputation in the industry. I suggested he take time off and relax. When pursuing a career, you don’t get time to kick back and relax,” says Tom. 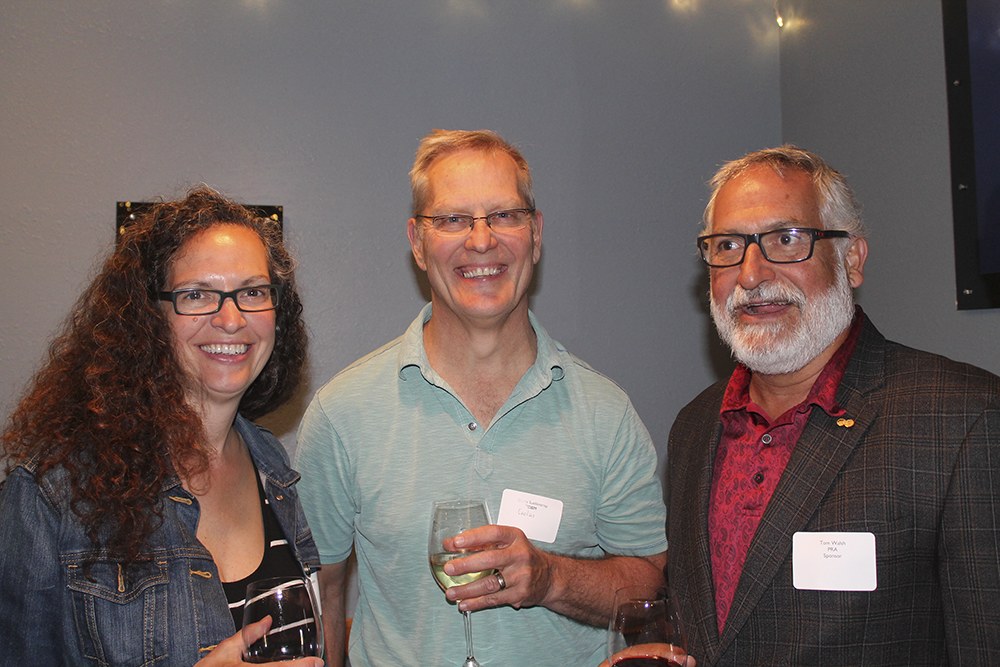 “The very next day, I called him from Hawaii where I was on vacation and said we had an opening on a drilling project, and that he could start right away…even though I stand firm on taking time off.  Kevin accepted the wellsite geologist role and started work immediately.  So much for my advice of taking a break,” laughed Tom.

Ben Ball and Chris Garlasco (both now living in Colorado) and Barb VanderWende (working from her home in Montana) all work on a project for PRA right now. Chris and Barb work remotely on permitting for a drilling project and Ben on conceptual facility design work. While Ben is not wishing to work a lot, Tom said he is motivated to keep him engaged as Ben is one of PRA’s few facilities people.

PRA employs many wellsite geologists that are two on two or two on and four off schedules. Quite a few folks work on the slope for PRA with contracts PRA has with Hillcorp, BP and COP, and PRA contracts them out to the operating companies. Jim Sallee and Steve Reusing are two notable ARCO alumni who have long histories as PRA wellsite geos post-ARCO careers.

A tradition for 18 years, Tom keeps the network going and the PRA family united with an annual Christmas party. Up to 100 people, including current employees and alumni, gather at Tom and Chantal’s house. It has become so anticipated that in 2015, there might have been more alumni than current consultants.

PRA’s community outreach includes a summer intern program for geoscientist and engineering students, mostly juniors from the Universities of Anchorage and Fairbanks. PRA also is closely linked with Habitat for Humanity. Each year, the company hires two construction management students and they work 40 hours a week as project assistants. PRA pays them and covers their workers comp and liability insurance. It is a successful program which Habitat for Humanity would like to replicate more broadly with other companies. 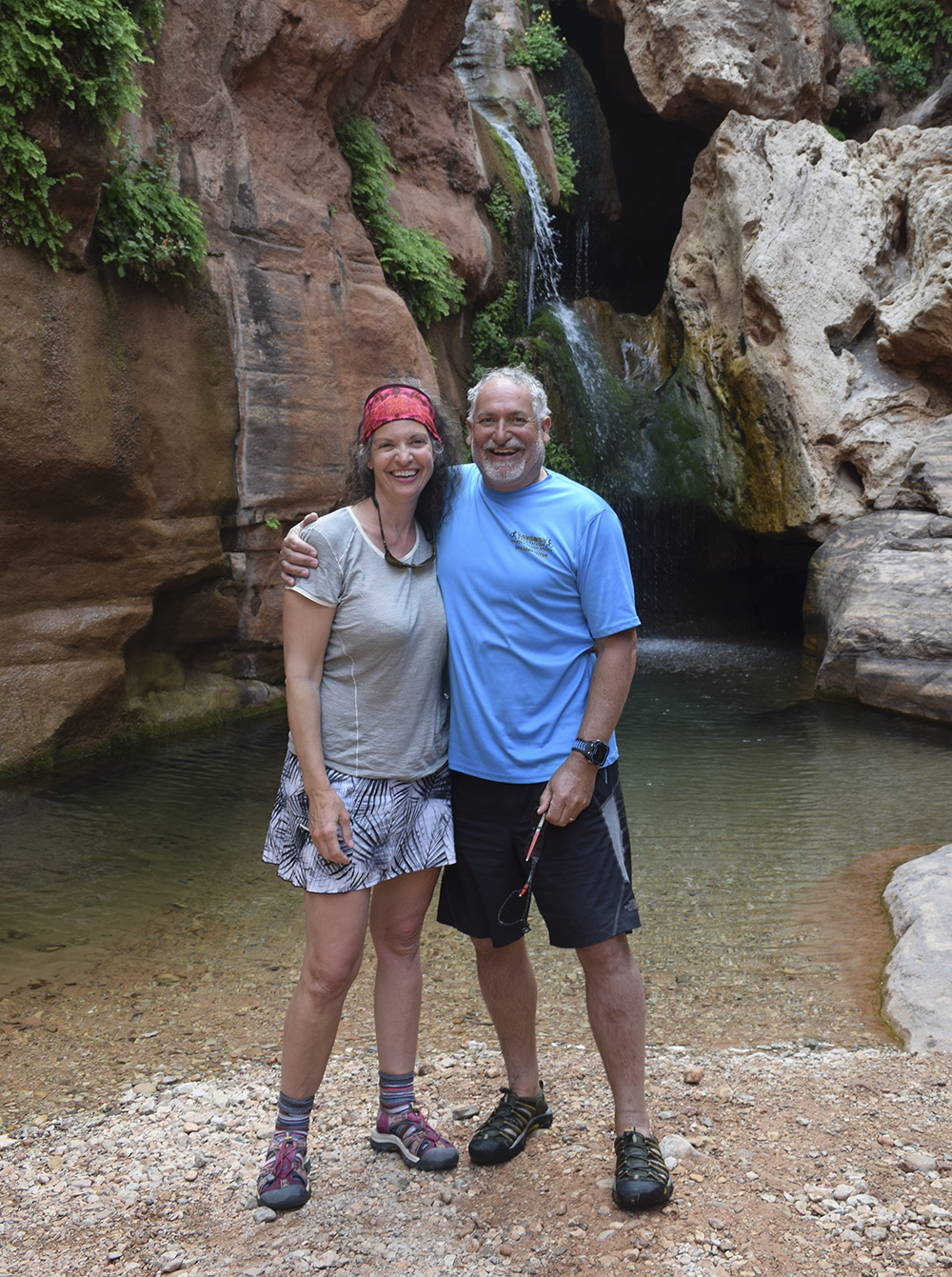 While the price of oil is marching its way back up, PRA looks for opportunities that are not tied to $70 oil such as Cook Inlet Gas and a hydrate research project on the slope which is funded by DOE and the Japanese Oil, Gas and Metals National Corporation.

Tom has been doing a fair bit of project management and he is the principal in charge of the methane project. Most of his time is spent trying to find work for his consultants and he jokes that his highest priority is to put Chantal back to work. She finished her contract with BP at the end of 2015 and is ‘driving me nuts working out every day with her close friend Erin O’Brien-Authier, who is also an ARCO alumni, and current PRA employee’, he says.

Tom and Chantal enjoyed a two week trip down the Colorado River with ARCO alums, Dede Schwartz (and husband Paul) and Dave Hanson.  “We were off the grid for 14 days, which was a first for me since starting PRA. I called the raft company and said I have a satellite phone and is there any service in the canyon. They strongly recommended for my own enjoyment and that of the other rafters, to leave my phone behind. I frantically got everything wrapped up, finishing calls as we were driving to the launch location. It was enlightening to see what a relief it is to go without a phone,” found Tom.

When he left BP, Tom recalls a person speaking at an exit session saying don’t think you will get a lot of free time if you go out on your own. He notes how true that has proven. “I recently told a young man who is considering his next career move that owning your own business is time consuming, but if successful you have the benefit of  creating something of value.”

“I recently told a young man who is considering his next career move that owning your own business is time consuming, but if successful you have the benefit of  creating something of value.”

"We all work hard to keep the company going and we have a lot of unbillable time. Running a business is not all glamor. You don’t know what is going to happen from one day to the next. The people we have met through PRA is what makes me most proud. And as my son Marshall commented, I am often holding meetings on the golf course. I tell him that is the right kind of job to have,” laughs Tom.

SOME OF PRA’S ARCO ALUMS, PAST AND PRESENT: