ARCO talent is abundant and varied. And a number of companies reap the benefits.

Former ARCO employees, Jere Jay and Heiko Mueller, principal owners of INNEX, met in the early 90s while working projects in Turkey and the Middle East for ARCO International based in Plano. 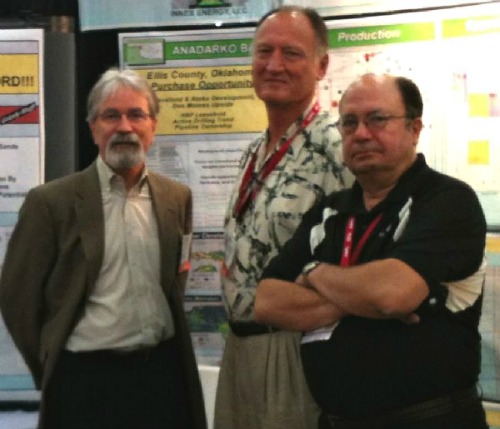 Jere and Heiko joined forces to form INNEX around the time that ARCO was being purchased by BP. As Jere likes to say "It's all Heiko's fault. We had lunch one day and while he talked of ideas in Turkey and I discussed some ideas I had for projects in California, Heiko said "Why not throw our visa cards on the table and see what we can build?" that was the planning session that formed INNEX,” said Jere. He and Heiko are CEO and President of INNEX California. Other former ARCO employees that have worked or are working at INNEX include Jim Holland, Jim Doyle, Tom O’Brien, and Larry Morse. Chuck Vavra often adds his expertise to the ARCO mix. The company develops oil and gas reserves, primarily in California, but also in Oklahoma and Texas, and have also recently worked projects in Ohio, Indiana and Turkey.

“INNEX stands for INNovative EXploration, or INNovative EXploitation depending on the project or group you might be talking with,” explains Jere. “Most of our projects have existing production with significant exploitation/development scope and virtually all of them have some major upside with deeper exploration objectives (or shallower in one case!). The name INNEX is appropriate no matter what the project focus may be,” he says.

The company has been built by a small, motivated team of experienced, proven oil finders. “We've joked over the years that our recruitment strategy is to merely leave the front door wide open and see who joins us. If they are damn good, hard workers who are smarter than Heiko and me, we've invited them to stay. The strategy has worked well. We've assembled a small, effective core of world class talent,” said Jere. 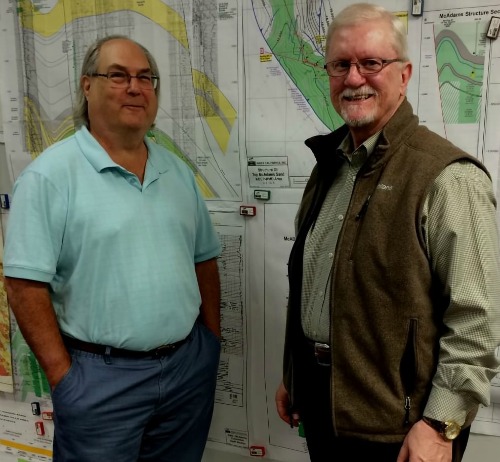 INNEX started in 1999 with Heiko and Jere, joined by Tom O'Brien who had been Jere's supervisor at ARCO. The trio formed a business incubator for "start-up" oil and gas groups. The idea was to retain experts retiring from ARCO as well as some from Triton, Sun, Mobil, and other oil and gas companies. They found a supportive audience at the SMU Legacy Campus in Plano where unused office space provided a perfect spot to set up the Incubator. Eight different companies have worked at the location at various times and there are currently around 25 geoscience, engineering, research and economics professionals in the building.

The benefits of the incubator are that we have the same quality and breadth of experts up and down the hall that we worked with at ARCO.

“Currently there are 12 ex-ARCO staffers up and down the hall. The INNEX staff includes five ex-ARCO members including Tom O'Brien, Larry Morse who had extensive experience working and managing the ARCO operations at Prudhoe Bay before working for Enron in India, Jim Holland who handles all the drafting and data base needs, along with Heiko, and me,” said Jere. “We also have close ties with Jim Doyle who worked in Indonesia with ARCO and worked with us a number of years. Jim is still "just down the road" and available for consulting. We have continued to work with Dr. Chuck Vavra from ARCO’s reservoir research group, a valuable addition to the staff who evaluates our reservoirs from outcrops and well samples. Chuck is also invited to portfolio reviews, has taught schools, trained the staff, and is involved in special projects. Bonnie Jay, who has more than a few ties to ARCO, runs the business and land operations,” said Jere.

Early on, INNEX consulted while building its own portfolio base. Jere teaches an Industry training school called "From Seeps to the subsurface" utilizing several of California's billion-barrel outcropping, oil fields to serve as analogues for domestic and International project groups. This class helped introduce a number of companies to the scope of potential remaining to be exploited.

In 2005, INNEX purchased the Kettleman Middle Dome Oil field on the west side of the San Joaquin Basin from Chevron. This was a major opportunity with multiple stacked pays that were proven but under-developed on trend with billion barrel fields. "We were lucky" says Jere.

The major companies were focused overseas and had lost focus on their domestic portfolios. Our Kettleman project includes two producing shale reservoirs, which serve to source and seal 3,000'-5,000' of interbedded sand reservoirs at multiple levels from 900' to 13,000'

INNEX’s 2016 program involves redeveloping a shallow oil field with 20-34 gravity oil at depths shallower than 2,400' and developing their lease within the proven oil column from the billion-barrel Elk Hills oil field. Additionally, INNEX worked for years to get new, proprietary 3D data over a major unexplored structural trend and has defined exciting prospects at shallow depths beneath a series of shallow oil seeps. "We can map some extraordinary prospects beneath a deceptively simple outcrop belt. The projects have significant scope and are ready to drill. Our door is open for partners and investment,” said Jere.

Regarding the current business climate? "Well, I would just be lying if I said we were on top of the world but we are surviving and have a strong economic portfolio even with $35 oil and low gas prices. We haven't slowed down much at all. We've built our portfolio with conservative outlooks and expectations and we have a superb staff.

We're ready for an active drilling season in 2016 and beyond with a diverse portfolio to exploit.